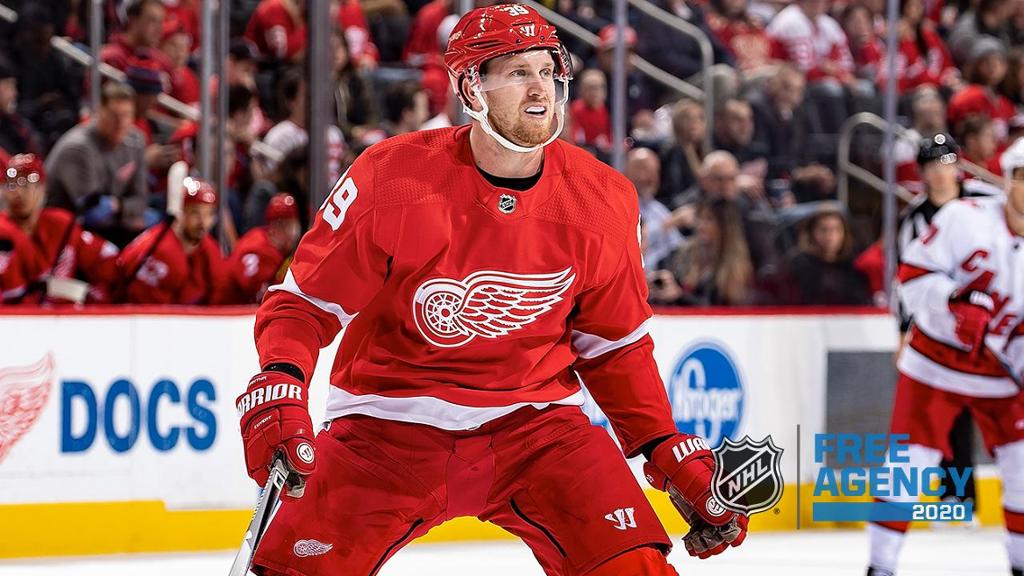 Anthony Mantha signed a four-year contract with the Detroit Red Wings on Tuesday. Financial terms were not disclosed.

The 26-year-old forward, who was a restricted free agent, scored 38 points (16 goals, 22 assists) in 43 games with the Red Wings last season, missing 28 games because of injuries.

"The process was a long process, but my agent (Pat Brisson) was telling me that things were going the right way," Mantha said. "So, I kind of needed to trust him at that time. Even us not filing for arbitration, again, it was my agent's call. He said things were going in the right direction. [My agent said,] 'I need you to trust me, trust Stevie. He's a man of his word so we'll get it done.'"

It's the longest contract a Red Wings player has signed since Steve Yzerman became general manager April 19, 2019. Detroit (17-49-5, .275 points percentage) had the fewest points in the NHL last season and have missed the Stanley Cup Playoffs for four consecutive seasons.

"Obviously he's one of our best players, a key player on our team," Yzerman said Wednesday. "With all of our younger players, and I consider Anthony one of our younger players, we're trying to build around this group and each contract that we do, we try to make it work within what we're trying to do. … But our intention is to keep these young players around. We were able to work out a contract, it turned out to be four years, which I was comfortable with the length and both Anthony and his representation were comfortable with it as well."

Mantha said he is appreciative of the faith the Red Wings have shown in him.

"Everyone knows we're in a rebuild phase," Mantha said. "[Yzerman] signing me to a four-year deal also tells me he sees me as part of the future of the team, part of the guys who's going to help the team win, and that's the pressure that comes with it."

Mantha scored an NHL career-high four goals in Detroit's home opener against the Dallas Stars on Oct. 6, 2019, becoming the first Red Wings player since John Sorrell in 1933-34 to have a four-goal game in the Red Wings' first home game.

Mantha has missed 43 games over the past two seasons.

"For Anthony, the biggest thing is I want him to stay healthy and I'm sure he wants to stay heathy, too," Yzerman said. "… I think there's some luck involved, and our hope is Anthony remains healthy. He's an important player, an impact player, and we need him on the ice. No. 1 for Anthony is to really train and make sure he's in the best shape he possibly can be and give him a chance to stay healthy."