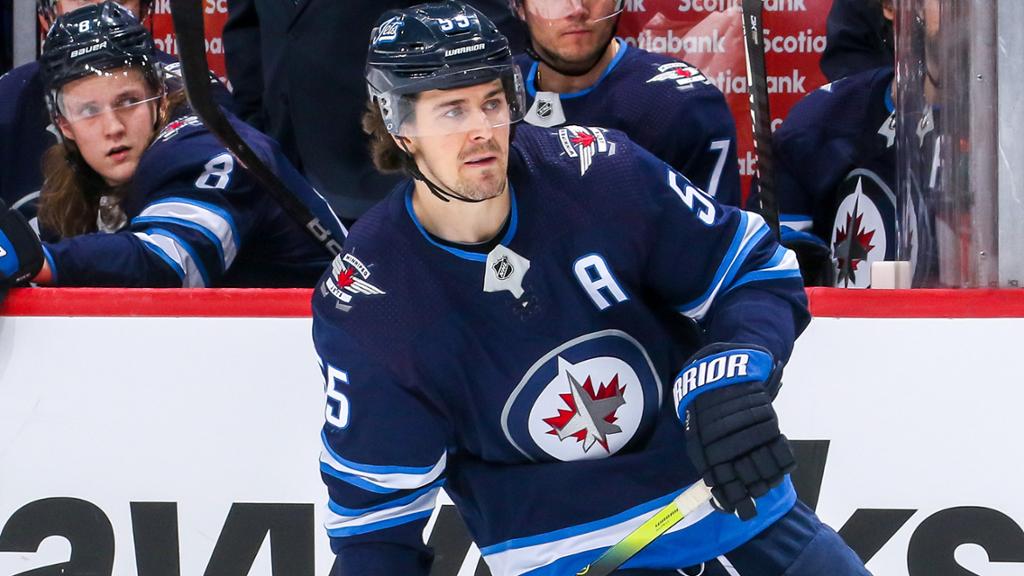 WINNIPEG -- Mark Scheifele said he is healthy and has begun offseason training after the Winnipeg Jets center sustained a leg injury during the Stanley Cup Qualifiers.

"I'm 100 percent, no question," Scheifele told NHL.com Tuesday. "Skating every day. I don't know anyone who skates more than I do. I love being on the ice. That's my No. 1 thing. I get on the ice as much as I can."

The 27-year-old played three shifts in Game 1 of the Cup Qualifiers against the Calgary Flames on Aug. 1. Scheifele left at 5:39 of the first period after trying to avoid a hit from Flames forward Matthew Tkachuk.

He didn't play again in the best-of-5 series, which the Jets lost in four games, but said Aug. 11 that he would not need surgery.

Scheifele said that the injury kept him away from the ice and his training for almost a month, but it has not set him back in any of his preparations for the season, which is targeted to begin Jan. 1, 2021. He tied forward Kyle Connor for the Jets lead last season with 73 points (29 goals, 44 assists) in 71 games.

It was the fourth straight season Scheifele averaged at least a point per game.

"I'm not a guy who likes to take much time off [in the offseason]," Scheifele said. "I think I was three weeks off the ice once I got home. I did a ton of rehab on it, lots of treatment, got it back to normal. So I think it was six days before I got home, so a month total.

"I went out to test it out, to make sure it was all good on the first skate and I was unsure how that was going to feel. But as soon as I got on the ice, it felt like it clicked in almost right away. I was like, 'Hey Mark, you can do this. You're totally fine.' So there was no looking back from there."